Fashion and climate change – what role does the industry play? 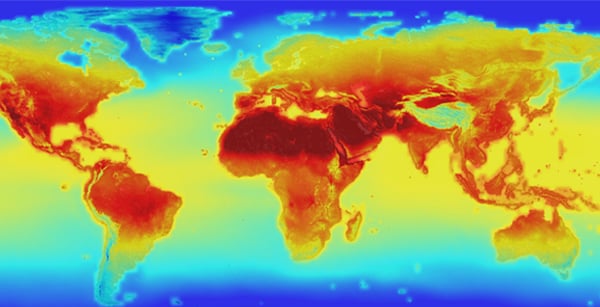 Fashion and climate change – what role does the industry play?

When we think of climate change, we think of oil companies, power plants, pollution… but never the garment industry.

And why would we? What do clothes have to do with climate change? Well, quite a lot as it turns out…

It’s difficult to put any kind of number or figure on the garment industry’s impact on climate change, because the nature of the industry itself is so widespread.

With a power plant for example, we can easily see where the pollution is coming from. They burn X amount of coal, producing Y amount of gas. With the garment industry, it’s more complicated.

One t-shirt can have many origins from all over the world. The cotton may be farmed in the USA for example, the dying in Indonesia, the sewing in Thailand, and the packaging and distribution from China.

More than 60% of the world’s clothing is manufactured in developing countries, with one-third coming out of Asia. Clothing factories are popping up all over in countries like Vietnam, Bangladesh, and the Philippines, and many of these places don’t have the raw materials needed, so they’re often imported from countries like China, the USA or India.

Once completed, these garments are then transported again by sea, air and land, all over the world.

This will of course have consequences for the environment, but it’s impossible to specify exactly how because of the nature of the production chain. Not to mention the immediate health issues, with one giant container ship producing the same amount of cancer causing chemicals as 50 million cars.

The rise of fast fashion’s impact on the environment

Fast Fashion has exploded onto the scene in recent years, with brands like Zara, Primark, and H&M turning fashion around as quickly and affordably as possible.

With cheaper clothes available, they are easier to discard, with the United States importing more than 1 billion garments annually from China alone.

The European Union dumps a total of 5.8 million tons of textiles each year in landfills, with most of these cheap fabrics either taking decades to decompose, or releasing methane as they do.

How bad is the garment industry’s impact?

As we said, it’s difficult to put a figure on the industry’s impact – but it’s not impossible.

The World Resources Institute this week estimates that about 5% of greenhouse gasses come from the apparel industry.

To put that in perspective, that’s the same as the aviation industry, or Russia as a whole.

Clothing designer Eileen Fisher recently claimed the clothing industry was second only to oil when it comes to global pollution, and it’s not hard to see why; it can take more than 5,000 gallons of water to manufacture a T-shirt and pair of jeans.

Cotton is the main offender here. Even though it’s a natural fibre, it uses a disproportionate amount of water to grow, and when you realise that 40% of our clothes are made from cotton, these figures start to make sense.

What’s being done to reform the garment industry?

There is some hope, with top clothing designers such as Fisher, Stella McCartney and Ralph Lauren trying to reform the fashion industry to be more environmentally conscious.

The aforementioned Eileen Fisher plans to make her supply chain sustainable within the next couple of years, but she is only one company.

Real change needs to come on a global scale, with production being scaled down, and consumers changing their buying habits.

No matter what the future holds for the apparel business, Immago will be there. We pride ourselves on always being at the forefront of the industry, flexible enough to change with the times, but strong enough to always stay ahead.

Contact us today if you have any questions about how we can help your business.