The Fijian Fashion Week celebrates its 10 year anniversary in style!

The Fijian Fashion Week celebrates its 10 year anniversary in style!

This year’s Fiji Fashion Week is a special one.

From the 22nd to the 27th May, the event holds its tenth show, celebrating a decade of fashion in paradise. 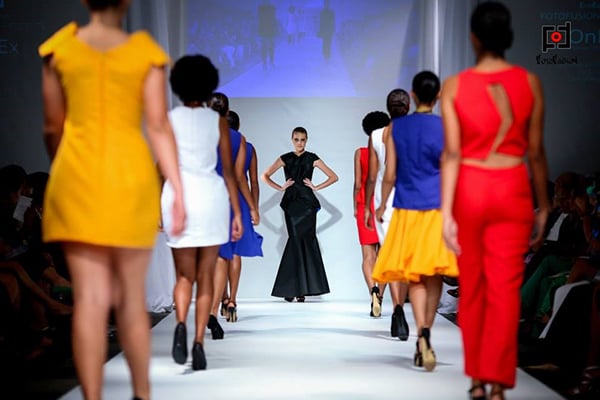 History of the event

Starting in 2008, the first Fijian Fashion Week was held in Denarau. Due to the event being such a success, founder and Managing Director Ellen Whippy Knight, made the decision to relocate the event to the capital Suva, and it was at this stage that the process to turn the event into a truly international standard Fashion Week began.

In just 10 short years, the biggest names in the Australian and New Zealand fashion scene are already actively participating in Fijian Fashion Week.

The event’s reputation is growing internationally, with designers from the United States, China and Europe all expressing interest.

Alongside this, the status of Fijian designers is on the rise, with 11 designers heading to the Los Angeles Fashion week in 2015.

The event has seen many success stories, with younger students becoming established designers over the past decade. It has also helped those who were already established in the local industry to move into the international scene.

Designers continue to choose Fiji Fashion Week as the platform to launch their brands or latest collections. 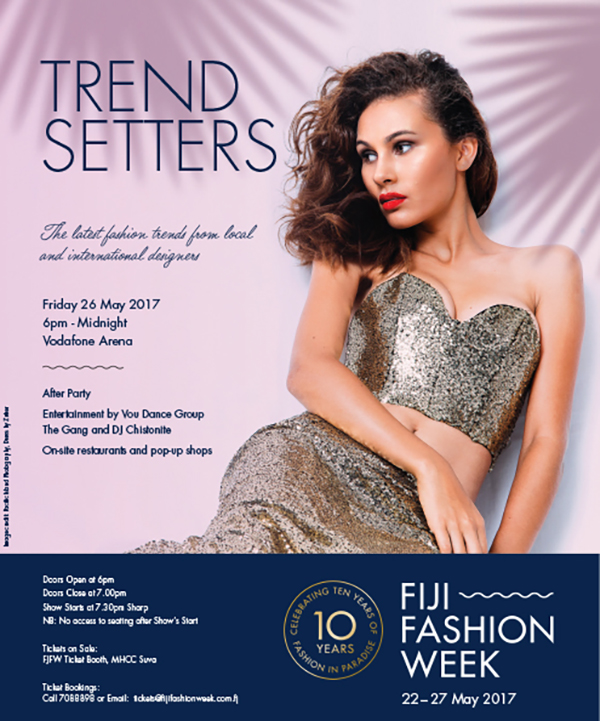 What’s planned for the week

This year’s anniversary is a special celebration of the achievements of the past decade, from the 450 designers who have launched a label through the event, through to the fashion shows held in Australia and America.

There are 36 designers confirmed for the runway shows over three nights and more than 30 designers in the Student Show and eight in the Children’s Show.

One of the highlights of this year’s show is the launch of the Pacific Islands Resort show, which will be one of the largest gatherings of Pacific designers in the region. It is planned to be the first in an ongoing showcase of Pacific fashion that will relocate to Sydney in 2018.

On Friday night, the Trend Setters show brings the most up to the minute collections from established and emerging designers onto the runway. Amongst the highlights will be the first collection from Robert Vereasaqa who completed his fashion degree in Australia.

Laisiasa Davetewalu is also showing his debut collection and we are showcasing FJFW’s youngest designer, Oliver Sinclair. An exciting entrant from France with a Fiji connection is also attending and the show will be opened by 2015 Emerging Designer, Ilai Jikoiono.

The grand finale for the Fijian fashion Week is the Gold Couture Show and you can expect to see an amazing presentation of collections ranging from luxe day wear right through to bridal. This show will feature local and International designers presenting their current collection on the runway.

With some of the biggest names in fashion displaying their designs, it’s sure to be a spectacular end to the week!

As the biggest event of its kind in the region, Fiji Fashion Week always brings out the ‘who’s who’ of Pacifica fashion.

The event is open to everyone, with tickets on sale to the general public. The lead-up to the week is already well underway, with a special 10th anniversary dinner having taken place.

The dinner comprised a sumptuous menu lovingly prepared by Chef Lance Seeto, a fashion show by Hupfeld Hoerder, and live music by Fiji’s most famous band The Gang. 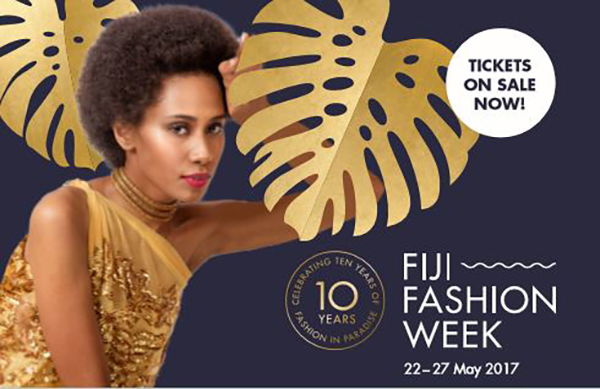 The Fiji Fashion Week contributes to the local economy by creating employment, career opportunities and tourism, but it goes much further than that. Every pair of shoes bought is made locally, every dress stitched in a local factory.

When people attend the event, they take taxi rides, buy local food and stay in hotels. The effect on the Fijian economy is enormous, especially when multiplied over 10 years.

This will be the first time a full range of buyers, media, influencers and educators will be attending, and this makes the opportunities for our local designers very exciting.

If you are interested in attending this special 10 year anniversary of Fiji Fashion Week, you can buy tickets through the official website here.

Our team and Immago offer effective solutions for brand imagery through customised labels and packaging. From design to distribution, our services include clothing labels, RFID tagging, barcode labels and custom retail packaging.

We understand that no two businesses are the same and work with you to create a tailored product design that will ensure a consistent representation of your brand. Supplying the USA and Asia Pacific region, we have representatives across the globe, so call us today to find out how we can help you.