Hong Kong is a unique part of the world. Under British rule until 1997, the island is a mix of Chinese and Western values and cultures, and for many businesses, a gateway to Asia. As such an important hub of international trade, of course immago are there in the thick of it.

Hong Kong means “fragrant harbour” in Chinese, and there have been people living there as far back as the Stone Age.

The island wasn’t really anything worthy of note to China, but when Europeans arrived in the 1500s, they immediately realised its value in the form of a safe harbour for their ships.

As trading began between the Chinese and Europeans, the British brought with them opium from India, and it wasn’t long before thousands of people were addicted.

When China imposed restrictions to try and curb the spread of the drug, the result was the first Opium War, and as the British threatened to march on Beijing, the Chinese made peace by offering Hong Kong in 1841.

There was a second Opium War 20 years later where Britain gained further territory in the form of the Kowloon peninsula, and then in 1898, they leased land further north, known as The New Territories, for 99 years.

Once this 99-year lease period was over, Britain had to return the New Territories to China. Legally, it could have kept Hong Kong Island and Kowloon, but practically, this wasn’t viable, so all parts were returned to China under the promise that Hong Kong would not be fully reintegrated into the Communist regime, but would become a Special Administrative Region, whose way of life would remain unchanged for 50 years. 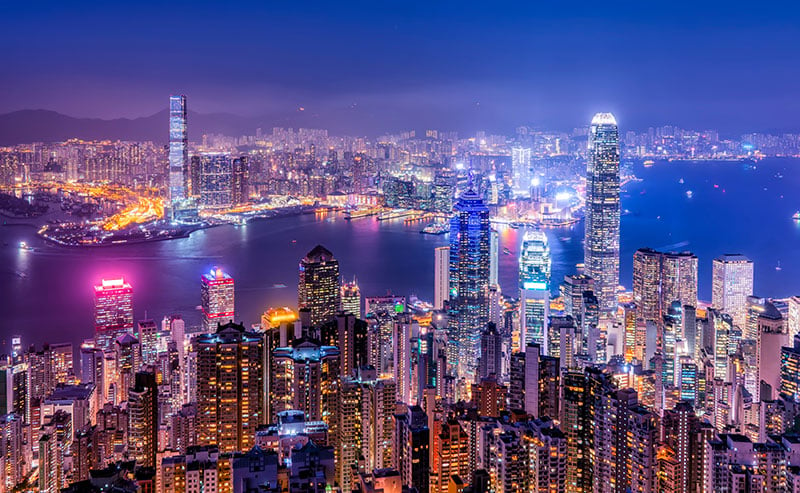 Under British rule, Hong Kong transformed into a commercial and financial hub boasting one of the world’s busiest harbours.

The garment industry in Hong Kong was one of the world’s best, with the island home to highly skilled and much sought-after tailors and designers.

As cultural mixing began between East and West, so did the development of the city’s unique culture and fashion sensibilities.

After the Second World War, Hong Kong saw a sharp rise in refugees and immigrants, resulting in the birth of the cotton spinning industry in the 1950s.

The rapid success of the textile and garment industry that sprung up out of nothing was the initial spark that ignited Hong Kong’s prosperity. By 1960, 54% of the city’s exports were from the textile industry, rising to 64% by the 1970s.

In 1978 Deng Xiao-ping announced China’s “Open Door Policy”, allowing foreign businesses to open up in China and ushering in a new era for Hong Kong’s economy. This was the start of Hong Kong firms moving their labour-intensive activities to the mainland to take advantage of cheaper labour.

Manufacturing in Hong Kong peaked in 1992 and then went downhill drastically, but was replaced by the service sector. By the time of the handover in 1997, employment in the manufacturing sector was at 10% compared to 39% in 1981.

Today Hong Kong is transitioning from a manufacturing centre to a sourcing and distribution hub, although manufacturing remains a significant contributor to the Hong Kong apparel market, with 490 establishments and 2,980 workers in 2020.

We have been in Hong Kong for almost three decades, even before the handover in 1997.

Our sourcing office is situated in the Kwai Fong area of the New Territories, close to the Chinese border. This puts us in a prime position to deal with both the Hong Kong industry and the Mainland garment manufacturers.

Immago Hong Kong is the management ‘hub’ of our supply chain activities throughout the wider Asian region. It’s where we help our customers set up new connections, factories and trade routes, launch new subsidiaries throughout the region, and deal with any issues that may arise within the supply chain.

As a regional hub in the middle of the action, if there are any problems throughout our Asian supply chain, we can have people on the ground within a few hours.

We have the local experience, knowledge and connections to help any of our clients if the situation calls for it. As head of our Hong Kong office, Dean Prosser looks after our entire Asian network, keeping his ear to the ground and eye on the ball. 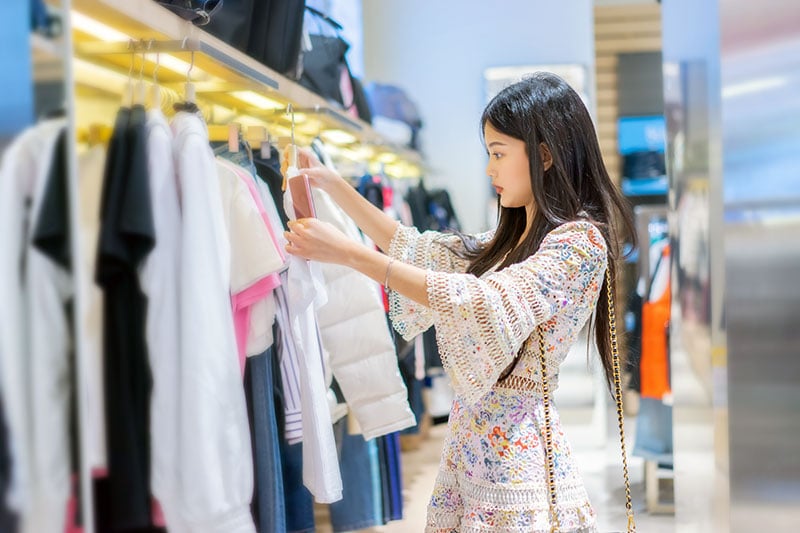 How we can help you in Hong Kong

As a hub for the rest of Asia, our office in Hong Kong can save you time, stress and money, even over the smallest of things.

One of the biggest issues Western businesses have in Asia is the language barrier. As they speak English in Hong Kong, nothing gets lost in translation when you come through us.

Going directly to a factory in Asia can result in massive issues when it comes to manufacturing a product. One small mistake in measurements can mean an entire production line needs to be scrapped.

Clothing labels need to be checked and double-checked at the source… by someone who speaks the range of languages involved.

There are cultural and commercial differences too when it comes to doing business, including payment terms, variations in quality, and ensuring sourcing is sustainable and ethical. We can help you navigate those.

By using us, you don’t have to spend time looking for the right country to do business in, finding a trustworthy factory in that country, paying up front and hoping it all works out.

We’ve already done all that for you.

Contact us today if you would like to know more about our enterprises in Hong Kong and how we can help your business.