Vietnam has some of the friendliest people in the world. Hard-working, honest and always willing to help. We are proud to have a base and connections in ‘The Land of Blue Dragon’.

The textile and clothing industry has a long and illustrious history in Vietnam, but the modern garment industry only really began in 1958 when the French started to build factories there during the early years of the Vietnam war. Unfortunately, all that came to an end as the war intensified, but in 1975 when hostilities were over and the country was unified, the textile industry started up again.

It wasn’t all good news though, as the Communist Government had complete control over production, limiting growth and innovation. Any garments made were mainly for domestic consumption or exported to Eastern European countries. The collapse of the Soviet Union in 1990 meant that the country could now trade with other, non-socialist countries around the world. This was also twinned with Vietnam’s economic transition from a centrally planned to a market economy.

Things jumped up a level again in 1998 when Vietnam was admitted to APEC, giving the opportunity for growth in markets around the world. This was further enhanced in 2001 with a bilateral trade agreement with the United States.

In 2007, Vietnam joined WTO, a watershed moment for the country as it marked the beginning of the growth of the country’s textile and garment exports. 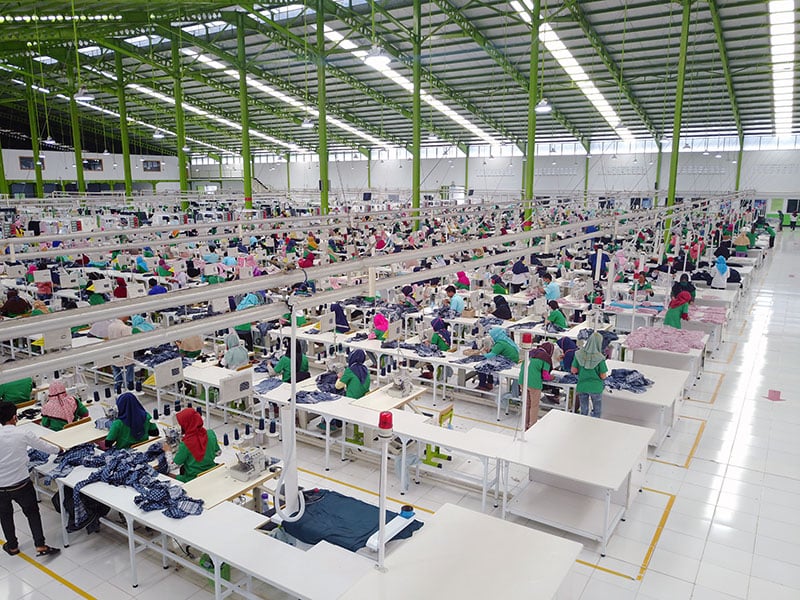 Vietnam has emerged as one of the leading textiles exporting countries worldwide in recent years.

Today, almost 3 million people are employed in the textile industry in the country, making it one of the largest industries and a key contributor to its economic growth.

The industry employs around 12% of the industrial workforce and nearly 5% of the country’s total labour force, contributing 16% of the total GDP.

Vietnam is the second largest garment exporter in the world, supplying 6.4% of the world’s apparel exports. Their main export market is the USA amounting to almost 16 billion U.S. dollars.

We have had an office in Vietnam now for almost a decade. Based in the Gò Vấp district in the northwest of Ho Chi Minh City, immago Vietnam has been run by Thu Tran since April 2017.

Reasons to manufacture in Vietnam

If you’re considering manufacturing clothing in Vietnam, then we can help. Not only do we have connections in the country, but with or without us, there are good reasons to manufacture here.

As well as the competitive labour costs, the country has multi-lateral free trade agreements, such as the Comprehensive and Progressive Agreement for Trans-Pacific Partnership (CPTPP) and Vietnam-EU FTA (EVFTA).

Additionally, unlike larger manufacturers in China and India, Vietnam has the ability to produce smaller volumes of product, along with one of the highest Speed-to-Market rates in the clothing and fashion industry.

Our Vietnam business is a supply chain link to the Indo-China and Southeast Asia regions, supplying products for our global clients across Vietnam, Cambodia, Laos, Myanmar and Malaysia.

If you manufacture in this region, we can help with product consistency, quality and authenticity.

We can coordinate packaging and labels with your manufacturer, have it all working seamlessly together, and ship to where you need it to go.

Working with us means you don’t have to worry about human rights abuses in your supply chain. We carry out regular inspections in all our factories to ensure the ethical treatment of workers anywhere in our supply chain.

Our labels are unique and of the highest quality, meaning if your garments somehow find their way onto the black market as counterfeits, they are easy to spot because they won’t have the correct tags. 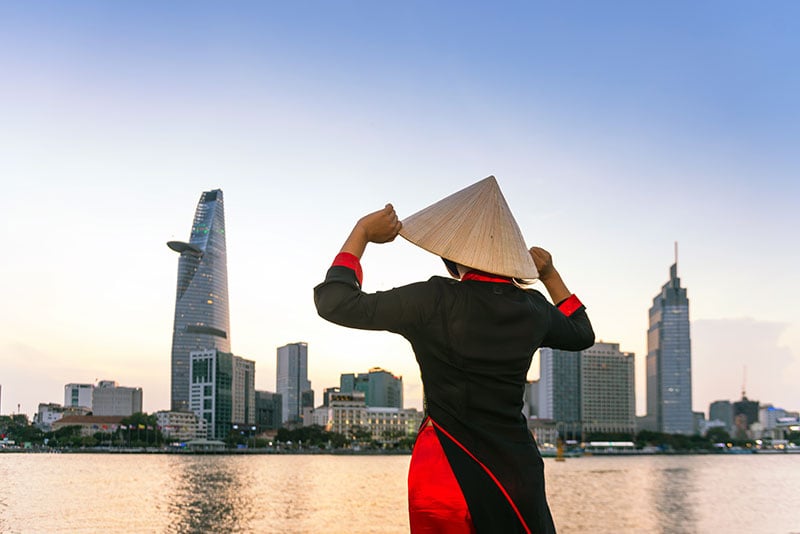 Taking your business to the next level

Immago has offices all over the world, but rarely have we seen such friendly, competent and professional people as in Vietnam.

We hit the ground running in that beautiful country and haven’t stopped, supplying some of the biggest names in clothing with their packaging and swing tags.

We can help you take your game to the next level, combining our eye for detail and quality with the benefits of manufacturing in Southeast Asia.

Contact us today if you would like to know more about how we can help, and one of our friendly team members will be happy to answer any questions you may have.