If you’ve ever travelled to the main centres of China, particularly in the southern parts, you will have experienced the visible pollution – it’s significant and it’s often unrelenting.

It’s common knowledge that China has maintained its status as one of the world’s top polluters for many years, due to the near constant layer of thick smog, combined with the visible toxicity of large areas of land, which greet visitors to many areas in that country.

Chinese authorities are taking control of the situation

There is a significant paradigm movement occurring. Chinese authorities are making substantial inroads into becoming a global leader, and advocating against pollution and how that impacts on climate change.

Environmental policies and pre-existing laws have not been amended to any large extent over recent times, however, what has changed is the strength and speed with which these policies and laws are now being enforced. It seems to have caught many businesses and industries either unprepared or completely unaware of the regulations. As environmental law enforcement has generally not been overly strict in China, the pace with which this intolerant attitude and policy is now being enforced has fuelled the surprise.

Inspections, fines and business closures for the worst offenders have been commonplace over the last 8-10 months, and while these central government policies are focussed on non-compliant industries known to be heavy polluters, the crackdowns on the industries who are not sharing in the effort to clean up, are proving to be providing the intended impact, but the impacts are both positive and negative. 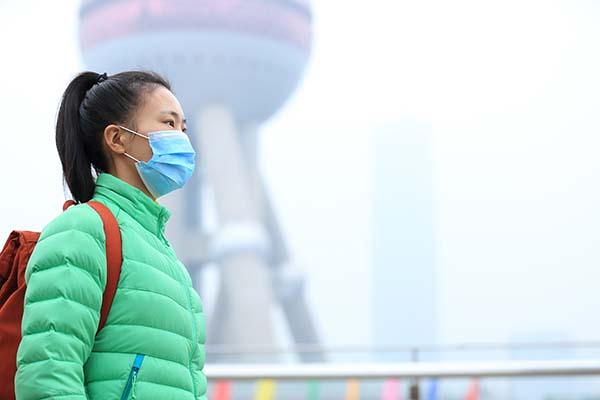 Ministry of Environmental Protection is cracking down on polluters

There have been indications that The Ministry of Environmental Protection (MOEP) and the environmental bureau have shut down over 80,000 factories across China as part of the new-found eagerness to have pollution reduction as a core priority.

“Inspection Squads” have been moving fast, with audits being undertaken in over 30 regions of China. Heavy fines have been imposed along with ultimatums centring on getting cleaned up quickly or risk complete closure. These are not to be taken lightly either, with the full force of the central government behind them to crystallise the point.

In addition to the large number of closures to date, financial and/or operational penalties have been levied on around 40 percent of factories, further illustrating the government is serious about these policies.

If the penalties and threatened closures are not enough, there is also employer liability on the line too, where jail time for extreme violation of the policies is a reality. Inspectors of the inspectors have also been deployed to ensure everyone involved with the upholding of the regulations are doing what they should be doing.

How these new regualtions have impacted the textile industry

These regulations have affected many businesses in various sectors and have also provided waves of uncertainty throughout the entire economy.

Those most severely impacted by the anti-pollution drive have been industries centred on textiles, energy, heavy metals, coal, gas and mining – traditionally the heaviest polluters.

Whilst the positive aspects of these policies will come with time in terms of environmental integrity, safer work environments, cleaner outputs, and ultimately a less hazardous environmental pollution footprint, there will be a less publicised knock-on which will reach far beyond local business.

The impact will also be on international supply chains reliant on these businesses for disruption-free exports from China. Increased compliance costs will ultimately be shouldered by the consumer, with the middle class being particularly vulnerable to these cost increase trends, particularly in consumer goods.

This is setting aside the costs associated with job losses and employers suddenly not being able to repay debts due to policy enforcement. A trend being noticed is that many are deciding it is better to simply walk away from their businesses.

As viability decisions are being made, we are seeing many long-term businesses, many of whom have had no issues with pollution in the past, now having to invest heavily in compliance costs. Some however, are choosing to close their businesses completely before they are inspected. Alternatively, others are buying time by relocating to areas where regulation enforcement has not yet been targeted fully.

Additionally, the closure and relocation of SME’s has given rise to requirements being shifted to a smaller number of businesses remaining in the core centres. This is ultimately leading to sharp increases in pricing policies due to less competition, combined with slower turn-around times as dramatic capacity shifts occur. 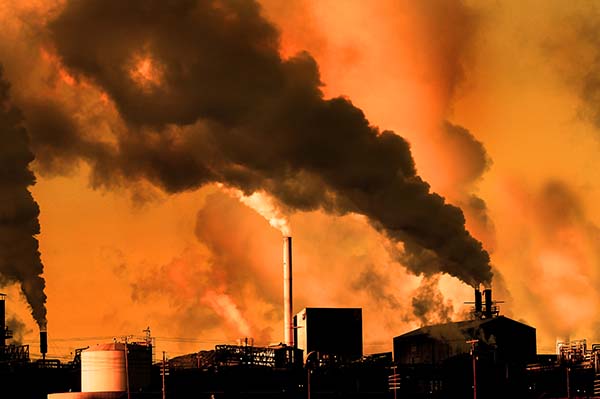 The global impact of cleaning up polluting nations

Of course, the clean-up of polluting nations is a great thing, but the collateral damage of these programmes, particularly when they are enforced with great vigour, will produce some significant knock-on challenges, with many people around the world impacted in the short term.

Whilst the above has been focused on China’s clamp down on local businesses, there has also been other policies along the same lines taking rapid effect, that will directly impact many countries outside of China.

One prime example of this, and a policy in-line with the pollution reduction regime detailed already, is the recent imposition of bans on the importation of foreign waste into China for processing.

Announcements made mid-2017, centred on the banning of the importation of 24 waste types from foreign sources by the end of 2017, as part of the drive to clean up China.

These 24 waste types were categorised under the banners of glass, plastic, yarn and cotton, ash and slag along with unsorted paper.

With many countries having strong local recycling programmes in place for a long time now, many of the smaller developed or developing nations have not invested in recycling infrastructure, and instead, have aligned themselves with the likes of China as the processing point for their waste and recycling.

The level of China’s involvement has been as a primary conduit for receiving and reprocessing or disposing of many recyclable products from these countries.

China is closing its doors on imported waste

With plastics for example, China has been a prolific receiver of plastic waste from many countries unable to recycle or process this waste themselves, with the massive recycling industry of China providing the answer. However, very recent times have seen the sudden end to China’s plastic waste imports, creating an almost instant issue for many countries and companies in the plastics industry.

The recent bans have caused significant issues for both Chinese recyclers and their overseas source points. Prices for recycled plastics have drastically dropped as collectors desperately seek new buyers or disposal avenues. Businesses trying to do the right thing and recycle their waste plastics have suddenly had their revenue from waste sales cut off and indeed their mechanism for disposal. Whilst this is occurring, the waste that is still being collected is often sitting immobile and piling up, or worse still, being sent to landfill.

Large Chinese recyclers are also suffering, as their options for purchasing, processing and reselling have crumbled, the net result of this is of course a higher prices for plastics. The availability of cheap recycled material is significantly less, so more expensive virgin raw material is needed.

2016 saw China’s waste imports top US$18 billion, plastic alone accounted for more than US$3.7 billion of this total, equating to about 7.3 million metric tons of plastics for recycling or disposal.

These new enforcement policies will heavily impact businesses of all types and sizes globally, particularly those that are closely aligned with China. It is expected that in the medium to long-term, the path being taken by China will be significantly more advantageous to the country and the rest of the world, assuming the programme is successful of course.

Not only is it expected that the benefits to China and its people will be incalculable, don’t forget the impact that a positive path like this will have to China’s global reputation, but there may well be some pain experienced in getting there.

Pollution and climate change are some of the most important topics facing each one of us today. Yes, there is associated costs with clean up and prevention processes, many of these are and will remain hidden for some time. However, if the goal is clear and the path to success is not deviated from, the outcome should be worthwhile.

The network of Image Label Systems supply lines is broad and whilst the above illustrates the potential for challenge, our strong and proven partnerships will not let you down.

Let’s discuss your branding, labelling and packaging requirements, and how we can assist you with making sure your supply continuity is not interrupted by these recent challenges.

Contact us today if you would like to know more about how we can help your business.