Single-use plastics doubled during the pandemic

Single-use plastics doubled during the pandemic

As a society, we have become too reliant on convenience, and plastic is the most convenient material on the planet.

It’s tough, strong, waterproof, can be shaped into almost anything and is cheap to make. It’s so cheap in fact, that for many items, we use it once and then throw it away!

Single-use plastics are a disaster for the environment, damaging entire ecosystems, killing wildlife, and breaking down into microscopic pieces and entering the food chain.

And while there were some good environmental effects of the lockdown, unfortunately the consumption of single-use plastics increased.

In 1994, employees and volunteers at the Vancouver Aquarium decided to clean up a beach in Stanley Park to protect the city’s shorelines.

Last year because of the pandemic, the program experienced a 70% drop in the number of volunteers and also had to stop cleanup events for about 4 months.

Even with those restrictions, around 15,000 volunteers helped clean 41,000 Kgs of litter from the Canadian shorelines in 2020.

What the annual report found was significantly different compared to previous years.

And for the first time in the 27 years that the program has been running, facemasks were recorded as part of the waste. 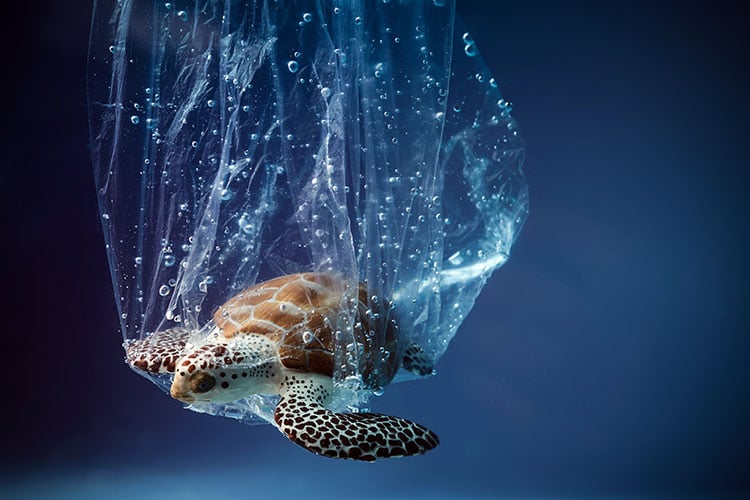 Our oceans are filled with plastic, half of which is single-use.

In fact, there’s a large collection of plastic waste floating in the Pacific Ocean between Hawaii and California called The Great Pacific Garbage Patch, which is an astonishing 1.6 million square kms – 3 times the size of France.

It has almost 2 trillion pieces of plastic and weighs 80,000 tons – all of which will break down into microplastics and find their way into the food chain.

The effect on wildlife is mind-blowing.

More than 1 million seabirds and 100,000 marine animals die from plastic pollution every year, while studies have shown 100% of baby sea turtles have plastic in their stomachs.

The population of tuna has declined by 74% since 1970, and a quarter of all shark species is threatened with extinction.

Plastic pollution is destroying marine life, with over 700 species of marine animals in danger of extinction due to plastic.

Microplastics are the unseen problem

All of the plastics in the ocean break down into smaller and smaller parts, eventually becoming microscopic.

This doesn’t mean they go away – on the contrary, they just become harder to catch.

Polluting the water on a microscopic level means that even the tiniest of fish and sea creatures end up consuming the plastics, and once they have entered the food chain, everything else is affected.

Those small fish are eaten by bigger fish and then eaten by us.

Microplastics have not only been found in fish and plankton, but in chicken, sea salt, beer, honey, and in bottled water.

Plastic microbeads are estimated to be one million times more toxic than the seawater around it, and 1-in-3 fish caught for human consumption contains plastic. 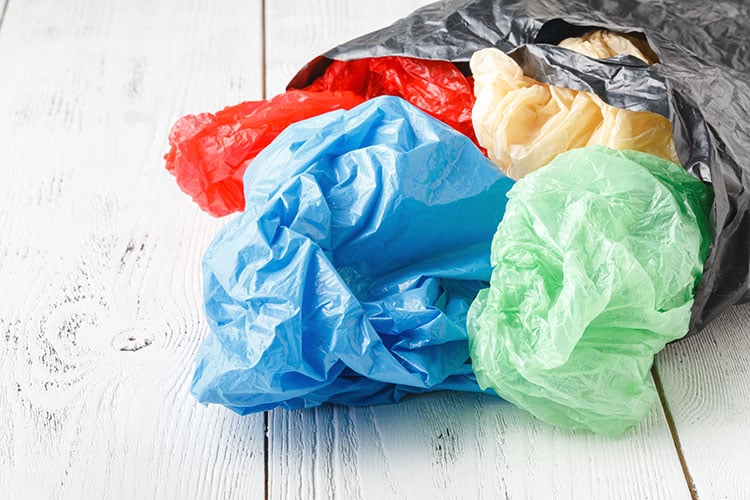 How you can reduce your waste

Plastic packaging is the biggest culprit, resulting in 80 million tonnes of waste yearly from the USA alone.

The world uses over 500 billion plastic bags a year – that’s 150 for each person on Earth – with more than 1 million of these ending up in the trash every minute!

The average plastic bag is used for 15 minutes, and it can take anywhere between 20 and 1000 years to break down, with each bag potentially killing numerous animals as it makes its way around our oceans for decades.

It’s a no-brainer that your business should stop using plastic packaging, or at least plastic bags, if you want to help with this problem.

How we can help your business

There are alternatives to plastic bags, including amazing compostable ones.

As a company, we encourage our clients to go green, both for the sake of the planet and the future of their business.

We can help you make the switch to a greener, cleaner business model.

Sustainability isn’t just a buzzword to make a brand look good. It’s now a serious facet of a company, one which consumers take seriously.

People are ready to put their money where their mouth is, trying to help fix the mess we’ve made.

If your business needs help with making environmental and sustainable changes, then contact us today and let’s have a chat about how we can help you prepare for the future.