Why consistency is key in branding

Why consistency is key in branding

You’ve probably heard the number one rule of marketing: consistency is key!

Are all successful brands consistent in their approach to marketing? If so, how do they do it? What makes them consistent?

It’s not as simple as having the same logo for years, there’s something much more complex going on.

Consistency is key for consumers to trust your brand

It’s a well-known marketing fact that people will buy a brand they recognise over one which they don’t – even if the other one is cheaper or does a better job.

This is due to a psychological phenomenon called context-dependent memory.

Basically, if you experienced something before, your brain will always go back to that same thing rather than take a risk with something new.

This is handy in evolutionary terms; you’ve tried these blue berries before and they didn’t poison you, so eat them again instead of these other red ones which might.

This bias is ingrained in our decision making, and there’s nothing we can do about it.

Marketers use this to their advantage by building a recognisable brand through consistency.

Consumers recognise the brand and their brain screams “Yes! We’ve seen this one before! We can trust it!”

This is why branding consistency is important when it comes to consumer trust. By seeing the same name and logo over and over again, the brand becomes associated with reliability, encouraging us to stick with what we know, rather than the scary unknown. 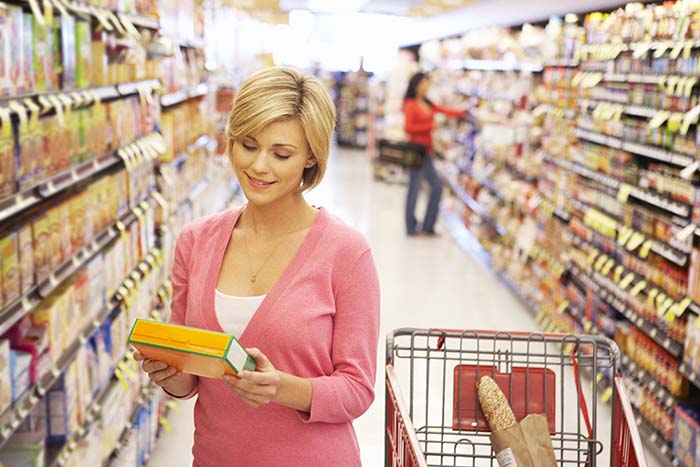 Consistency makes you who you are

Someone who jogs every day is a jogger.

Someone who made a New Year resolution to go jogging, tried it once and never did it again, isn’t a jogger.

If you paint regularly, you’re a painter. If you drink coffee every day, you’re a coffee drinker.

It’s only by repeating something consistently that it defines us, and branding is the same.

Take McDonalds for example. No matter where you go in the world, a Big Mac will taste the same. That’s consistency.

Consumers know this, and as a result, they trust McDonalds to deliver what’s expected.

It may not be the healthiest food in the world, but when you see those Golden Arches on the horizon, you know exactly what to expect.

Consistency is key in making McDonalds the global success it is today.

Coca-Cola learned this valuable lesson back in the 1980s.

Despite being the best-selling drink in the USA for a century, the company panicked when Pepsi started to gain momentum in sales, mainly due to the “Pepsi challenge”.

The Pepsi Challenge was a blindfold test between Pepsi and Coke, with Pepsi the winner for the majority of the time.

Even Coca-Cola’s own research proved Pepsi was more popular, so they relaunched their brand as “New Coke”, promising the same great taste but making it sweeter.

The result was a disaster!

New Coke ads at large sporting events were booed, the drink was dumped publicly into the sewers as a sign of protest, and original Coke was hoarded or sold Prohibition-style.

Well, the company had built consistency in their product for a century, and New Coke demolished that in one fell swoop.

People had grown up drinking Coca-Cola, and now they didn’t recognise the taste. In marketing terms, the product wasn’t what was promised, and people noticed.

After only 77 days the previous version of Coke was brought back as “Coca-Cola Classic”, with the company losing millions in research and advertising costs.

Brands are built on successful delivery of promise, not product.

Coca-Cola promised everyone New Coke would have the same great taste, but it didn’t, and that’s why people hated it.

Changing the face of your company is normal over time, but as long as what you deliver stays consistent, you’ll be okay.

To go back to Pepsi as an example, they have changed their logo quite a few times over the years, but the taste has always remained the same.

Once your customers choose you, they demand a certain level of consistency in your product.

They don’t care if you change your name or your logo, but they do care if you leave a funny taste in their mouth.

How we can help with the visual delivery of your branding

We can help you with delivering your branding across your label and packaging solutions.

From our beginning as a small woven label manufacturer, we have worked hard to become a global business, and our brand is now acknowledged throughout the industry.

immago have been around for over half a century under various guises, but we’ve always been consistent in our dedication to our clients, the quality of our work, and professionalism of our staff. Like we said, consistency is key!

Whether you are a small, independent boutique or a large, international company, we can help your brand to flourish in the apparel industry.

If you have any questions about what we do, or how we can help take your business to the next level, contact us today and speak to one of our friendly and experienced staff members.