China says no to taking world waste – what now for the textile industry?

China says no to taking world waste – what now for the textile industry?

China stunned the world last year by announcing an end to the country’s policy of taking the rest of the world’s plastics. The change took effect at the start of 2018, but because of existing contracts, only now are countries beginning to feel the impact. What does this mean for the textile industry?

Why China did it

According to Greenpeace, China took in more than half of the world’s rubbish, importing almost 9 million metric tons of recyclable plastics a year. It started in the 1980s, helping to fuel the burgeoning economy, and grew into its own billion-dollar industry. Unfortunately, this resulted in some of the worst pollution in the world, especially air pollution, which is causing millions of people to die.

But now, the Chinese government has cracked down on pollution, and in its efforts to clean up the country, has closed thousands of factories that didn’t meet the new environmental standards. The country has also been a leader in renewable energy, developing solar and wind technology, and building some of the world’s largest farms. 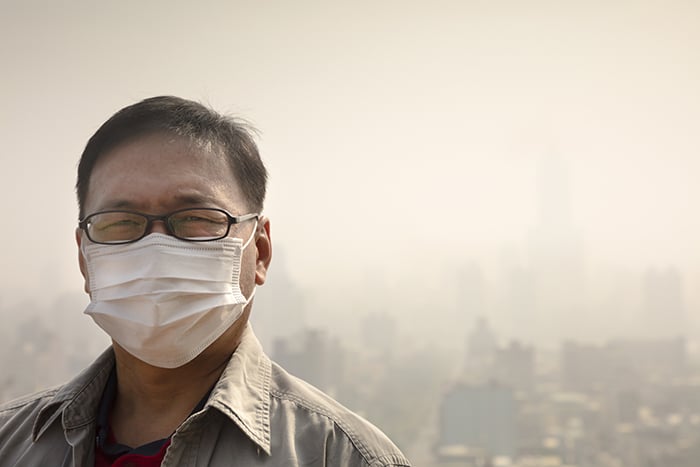 How this is affecting other countries

The knock-on effect of China saying no to everyone’s rubbish has yet to reach its full potential, but we are already seeing early warning signs.

The United States, United Kingdom and the European Union were among those who exported most of their waste to China. Other Asian countries such as Vietnam, Malaysia and Thailand have seen a spike in recorded plastics imported, showing that the Western countries are simply finding somewhere else to dump their waste. This tactic won’t work because these countries have nowhere near the capacity or infrastructure to deal with the numbers involved.

As a backlog of trash builds up, the countries where the waste is being produced, are discovering just how difficult it is to recycle plastics on such a massive scale. As a result, we’re starting to see these recyclables being buried in landfills, incinerated, or even dumped into the sea.

How this affects the textile industry

The textile industry is one of the biggest polluters in the world, with clothing production having doubled in the previous 15 years. And while the new environmental laws will of course be good for the planet, it’s going to be bad for business, in the immediate future at least.

Because China manufactures so much of the world’s clothing, costs towards meeting the new regulations, paying fines, and the closure of factories, all mean that an economic knock-on effect will take place.

SMEs all around the globe will end up footing the bill as expenses are passed down the chain, with the consumer getting the short end of the stick.

What this means for everyone

Recycling costs around the world are certainly going to increase, as countries struggle with their own waste.

Different nations will have different problems, and the poorer countries will struggle the most. They already have a serious problem with plastic waste, and now China has stopped taking most of it, that problem is only going to get worse.

People in the west will start to feel it in their pocket, rather than build up on their doorstep. The cost of recycling stations and collections will increase to meet demand, and that will be passed on to the homeowner.

The silver lining in all of this is the change is now forcing governments to seriously think about their waste, and where it goes.

Rather than looking for the next place to dump our rubbish, advanced countries will need to consider just how wasteful they are, and think in the long-term about investing in sustainable practices.

At immago, we are acutely aware of the issue of pollution, plastics and climate change. We are constantly focussing on producing quality labels and tags, that will withstand the rigours of time, and not end up in a landfill after a few months.

We do this by using environmentally friendly yarn and inks, and obtaining raw materials only from reputable and ethical companies.

We pride ourselves on always being at the forefront of the industry, and no matter what the future holds for the textile industry, we will be there.

Contact us today if you would like to know more about how we can help your business.